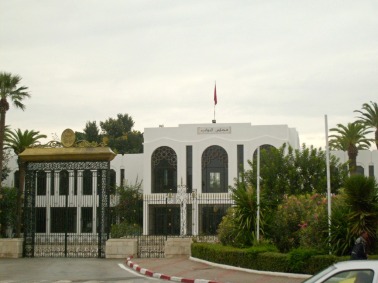 Since Tunisians overthrew former president Ben Ali’s regime in January 2011, its transition to democracy has been pointed to as a shining example in contrast to more tenuous situations in Egypt, Syria, Yemen, and Libya. While the elections for its constituent assembly went off without a hitch in October 2011, the past six months have proven far more contentious and difficult. A political, economic, and security malaise has cast a shadow over the prospects of a Tunisia living up to its expectation of providing a positive pathway to the rest of the region for transitioning to first stable and most progressive Arab democratic state.

Although many have worried about the rise in Salafism in Tunisia, there have been more immediate concerns over the shape and contours surrounding Tunisia’s future political arrangements. The constitution that was originally to be finished this October, a year after the elections has been reported will now be moved back to March 2013. Tunisian officials have yet to change the date of the next parliamentary elections, which are supposed to be at the same time as the completion of the constitution in March. Campaigning while completing a document that will provide the framework for Tunisia’s future is not the most effective way to secure a reasonable and non-politicized document.

Most troubling about the process of writing the constitution as well as developing a competitive political system is the fraying of secular and liberal parties. Party defections and individuals quitting their parties have decimated the two parties, CPR and Ettaktol, whom are in a coalition with the leading Islamist party Ennahda. This has put a wrench in the ability for these groups to apply pressure from the left to moderate Ennahda’s position. Without it, Ennahda has only had to worry about its right flank: the more conservative Islamist and Salafis parties Jabhat al-Islah and Hizb ut-Tahrir as well as the less moderate elements within its own party.

Without a strong secular and liberal opposition the idea of a moderate Islamist party becomes less likely when the only true challenge comes from the right. The failure of the secular/liberals to unite has created such an opening for Islamists. The controversial insertions in the draft of the constitution, which would criminalize blasphemy and limit the rights of women, are the first examples of what might be in store without a strong left-leaning opposition. While some might point to the preamble not including language about shari’a being source of law, Ennahda understands that it does not need it in the constitution because the process of gradual Islamization will take care of it overtime.

Questions surrounding whether Ennahda is up to the task of governing the country and providing a more robust economic future has also come under scrutiny. Many voted for Ennahda due to the belief that they would cleanse the government of corruption. Since in power though Ennahda has acted similarly to the prior regime in terms of nepotistic practices versus a meritocratic process in appointing individuals to governmental posts. Further, the economy continues to sputter yet Ennahda has deceptively reported foreign investment figures to make it appear that they have recovered to pre-revolution levels. However, it did not account for the devaluation of the Tunisian dinar, which was approximately 20%. So in dollar terms, the foreign investment was considerably less than in 2010, but in nominal terms it showed a modest increase.

Another issue many Tunisians are worried about is the very public rise of Salafi intimidation and vigilantism. While much of it is unconnected to organized parties and associations the lack of accountability in response to actions such as harassment of women over clothing choice, confrontation over alcohol consumption, violence over un-Islamic art, and sectarian attacks over Shi’a and Sufi cultural practices has created an emboldened minority. Unfortunately, members of Ennahda have brushed much of this off as a foreign plot or elements within the former regime trying to arouse provocation. The truth is, Salafism has been in Tunisia since the 1980s, it only now has the ability to express itself openly. It is possible Ennahda is also playing politics since they are concerned they could lose votes in the upcoming election to Jabhat al-Islah or Hizb ut-Tahrir.

These actions though are one of the reasons that hinder secular and liberal politicians activists’ willingness to work with Ennahda. They believe as a result of the lack of response from Ennahda they are complicit. While it is questionable and doubtful that there is some conspiracy, the difference in police response when there are secular/liberal demonstrations in comparison to the lack of response when there are Salafi incidents has created a sense that at the very least Ennahda sympathizes with the Salafi causes.

Further, Ennahda’s counter-response to secular and liberal activists’ demonstrating and complaining about these incidents also raises questions over Ennahda’s ability to truly be a credible partner. If Rachid Ghannouchi, the leader of Ennahda and who is viewed as the most moderate of Islamists in the region, is calling his political opponents extremists and enemies of Islam, it is a damning indictment against him, his party, and the notion that moderate Islamism is actually possible once in power.

While there are positive signs that secular and liberal Tunisians are fighting back against this, it is usually in the form of street activism, which does not necessarily translate into electoral or policy successes. The creation of Nida’ Tunis by a former Ben Ali hand Beji Caid el-Sebsi has given some hope that it might unite forces from the Tunisian left. Many are worried thought that because of el-Sebsi’s past it discredits the cause and El-Sebsi’s project is not actually liberal.

The lefts infighting and impotence and Ennahda’s lack of political courage and amateurism have led to an unfortunate state of affairs in Tunisia. Increased political polarization, a stagnant economy, and feelings of insecurity have created a situation in Tunisia where many are worried about the future of the country. It suggests that despite the high hopes regarding Tunisia being an outlier in its transition, it is in fact more in line with the other countries in the region. Tunisia is just not as relatively dysfunctional and there is still a glimmer of hope for a positive outcome. If the current trajectory continues on this course though it does not portend to an optimistic future.

This is a personal website of Aaron Y. Zelin and is not associated with The Washington Institute for Near East Policy