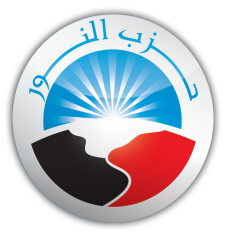 During the first round of Egypt’s presidential election in May, Abdel Moneim Aboul Fotouh, the candidate chosen by the Salafi parties’ leadership, was defeated. The loss was a disappointment for the Salafis who, with 123 of 454 seats of parliament, had higher expectations. Nevertheless, the three-party Salafi political coalition, led by “al Nur” remains a formidable force in Egyptian politics, the second largest bloc in parliament after the Muslim Brotherhood, which controls 47 percent of the seats. Whether post-Mubarak Egypt remains a presidential or changes to a parliamentary system of government, within the People’s Assembly, the Salafi coalition is poised to become a key power broker either as a spoiler or swing vote in the legislature. What are the Salafis’ priorities and what kinds of policies do they advocate?

Al-Nur is the political arm of its al-Da’wah al-Salafiyyah (DS), an Islamic propagation group that first began organizing in the 1970s, and after clashes with the Muslim Brotherhood in 1980, institutionalized by establishing itself as an association at Alexandria University. While an ongoing presence in Egypt, the Salafis are newcomers to politics, long believing democracy to be in contravention of Islam. Indeed, DS Vice President Sheikh Yasser Burhami issued his edict permitting participating in democracy in 2010, and Al-Nur was only founded in June 2011. Emad Abdel Ghaffour, who originally joined DS in 1977, currently leads the party. During the uprising that deposed former president Hosni Mubarak, DS was against the street protests putting them outside the revolutionary moment, but gaining from it at the same time. This was likely due to their previously apolitical nature, which as a result allowed them not to be harassed by security like the more radical al-Gama’a al-Islamiyya (GI), one of the other Salafi parties, which remains a US-designated foreign terrorist organization, and a member al-Nur’s political coalition.

Al-Nur lays out its main pillars of its project on its website, www.alnourparty.org.  The top goal is ending the endemic corruption of the Mubarak regime, but the list of priorities is long. Like any political platform it should not all be taken completely at face value, but instead as an idealistic view.

Islam, the State, and Reform

Al-Nur not surprisingly believes that shari’ah should be “the source of legislation.”  At the same time, however, Al-Nur calls for a separation of powers, fundamental rights of free speech, assembly, press, and association. It’s unclear how Al Nur would intend to implement these seemingly contradictory goals. The party also calls for equal rights for Coptic Christians. As al-Nur spokesman, Mohammed Nour stated last December, “touching one hair on a Copt’s head violates our program.” Yet their understanding of equal rights differs from that of a Western conception. In December 2011, stated that Copts did not have the right to hold office. Further, with regard to Baha’is, they would not be allowed to celebrate their festivals or be marked as Muslim on ones national ID card.

On women’s rights one also has to look deeper than what they state on its views of violence. On the one hand, al Nur says there is equality between man and women (while still understanding their differences). It also speaks out against violence upon women and discriminating against them in the workforce. Yet on the other hand, during the parliamentary campaign, Burhami lamented that because of quotas, fielding women candidates was a necessary evil. Al-Nur likewise came in for criticism from liberals when they held a women’s rally featuring only male speakers. It also called in the constituent assembly to lower the age of marriage for women from 18 to 16.

Economically, al Nur has a platform that conforms with religious prescriptions, including the imposition of Islamic banking which abjures from usury, and levying a mandatory zakat or charity payment, one of the five pillars of Islam, which is usually at least 2.5% of ones’ salary.  The party’s educational ideas are also decidedly sectarian. For example, Al Nur says wants to further Islamicize public education by introducing “true” Islamic education into the curriculum. It also hopes to infuse the security sector with religion, by retraining police officers “professionally, intellectually, and religiously.”

Still, although al-Nur is focused on Islamicizing Egyptian society, it states it is against theocracy. Notwithstanding its support for the imposition of the hudud – the cutting of the hands of thieves – al-Nur is proposing, for example, that al-Azhar University be delinked from the political process, returning it to its original non-politicized role. Al-Azhar, according to al-Nur, should be allowed to independently determine the Shaykh al-Azhar and have its financial independence restored via waqf or religious endowment funding.

Al Nur is narrowly focused on domestic policy. Its foreign policy platform is both insubstantial and vague. In broad terms, the document discusses reestablishing Egypt as a regional player in Africa and in the Middle East.

Notably, al-Nur does not mention Israel in its program. This past January, however, Ghaffour dodged questions from al-Jazeera about whether he believed the peace treaty should be nullified. To wit, the closest he came to answering was referencing certain clauses he said did not respect Egypt and suggested the treaty should stand for popular referendum. The United States is likewise not a central or peripheral part of al-Nur’s agenda or public statements. Al Nur officials have not expressed overt hostility toward Washington, in contrast to GI, which explicitly condemns the United States. The GI, but not Al Nur, also has rallied for the release of Sheikh ‘Umar ‘Abd al-Rahman, the blind cleric convicted for his role in the 1993 World Trade Center attacks.

Although religion plays an important frame of reference for al-Nur, its program also covers more day-to-day issues related to helping better Egypt’s society. Al-Nur explains it wants to spread whatever wealth it attains to help build up less developed regions, which would then spur greater opportunities. As part of this, they see healthcare a human right for all Egyptians.

Al-Nur would like to retrofit older hospitals and build new ones as well as investing in new equipment and research institutes. It wants to also build new schools throughout Egypt so that students have better ratios with their teachers. Further, it would incentivize the educational system by rewarding top students with scholarships. Students would also receive jobs based on merit and al-Nur explains it would criminalize nepotism. It hopes to run public awareness campaigns at early ages to prevent drug use.

Al-Nur highlights the importance of the environment hoping to preserve the ecological integrity of Egypt while also improving its quality. It also would like to implement safety standards for commuting. In terms of prison, al-Nur will review the penal code along with reconsidering the conditions that prisoners live in. With regard to what al-Nur describes as “street children,” it hopes to channel them in a more positive path by attempting to form associations that can help train them to be a part of the work force. Lastly, al-Nur wants to foster NGOs by allowing openness to create new organizations.

Although al-Nur discusses more mundane issues in its platform, its bread and butter is religion. If Futouh had won, al-Nur would have attempted to control cabinet positions such as waqfs, culture, education, and religion. Indeed, while many have suggested that al-Nur’s leaders were pragmatic for backing Futouh, many of its grassroot shaykhs and supporters did not fall in line and either voted for the Muslim Brotherhood’s candidate Muhammad Morsi or boycotted. It is debatable that backing another Islamist that had a falling out with the Brotherhood and was an independent candidate is nothing more than an obvious choice.

Due to the clout that al-Nur has in the parliament by securing a quarter of the vote; the United States would be remiss to ignore the party. While that might be the case, Washington should be under no illusions that it will have an easy time trying to negotiate with them on social issues important to the United States. Although controversial, Washington ought to pursue dialogue on issues such as separation of powers, free speech, corruption, and anti-trust laws, among others that are of alleged common interest. Washington must not only latch onto the Islamists, though, as it had done in the past with the authoritarian Mubarak regime. Instead, Washington should also be vigorously working with and helping the liberal forces within Egypt. The long-term interests of the United States will not be met through Islamists.

This is a personal website of Aaron Y. Zelin and is not associated with The Washington Institute for Near East Policy
Join 60 other subscribers